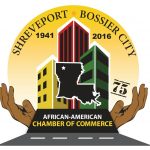 As the first truly modern media company, AT&T has been changing the way people live, work and play for more than 140 years. It started with Alexander Graham Bell’s telephone. Since then, our legacy of innovation has included the invention of the transistor – the building block of today’s digital world – as well as the solar cell, the communications satellite and machine learning.

Throughout its history, AT&T has reinvented itself time and time again – most recently adding WarnerMedia to reshape the world of technology, media and telecommunications. Our two companies are no strangers to making history together. In the 1920s, AT&T built the technology to add sound to motion pictures, which Warner Bros. then used to create the first talking picture.

For nearly 100 years, WarnerMedia and its family of companies have redefined how audiences around the world consume media and entertainment. It launched the first premium network in HBO and introduced the world’s first 24-hour all-news network in CNN. WarnerMedia continues to deliver popular content to global audiences from a diverse array of talented storytellers and journalists.

We would love for you to

Grow with the Chamber